Objectives: The aim of this article is to develop a general framework for blood donation that takes into account the interaction between risk-aversion and the usual explanatory factors in the agent’s decision to donate blood.

Methods: We use a theoretical model of pro-social behaviour by Bénabou and Tirole (2006). We introduce two differences with the original model in order to make it more realistic in the French context. First, donors are not rewarded. Second, risk-averse agents are apprehensive about blood donation. We provide several testable assumptions from our model and we use a reduced form econometric model to provide a confrontation between theory and empirical findings. The dataset at hand is a nationally representative survey of individuals aged 18+ and living in the community in 2012 France, with variables on blood donation, health, economic, and social features of more than 10,000 respondents. We estimated a Sample selection model that takes into account the classification of donors defined by the French Blood Service into active donors, potential donors, and disqualified donors.

Results: Our empirical results support the main assumptions from the theoretical model. In particular, we found that risk-averse individuals are less prone to give their blood. We also found that stigma considerations (or shame) dominate honour considerations as a motive for blood donation.

Discussion: This works contributes to the recently renewed literature on the economics of blood donation that challenged the long-established views (Titmus 1970 vs. Lacetera et al. 2013). Much in line with new hypotheses from behavioural economics (Slonim et al. 2014), we contribute to the discussion on the motives for blood donations that may help increase the efficacy of recruitment campaigns. This work will help develop a randomized control trial at the national level to better understand how to maintain and to increase the supply of blood products in France. 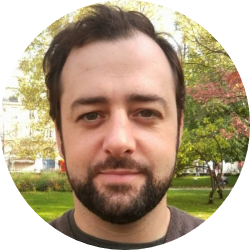