Center for Interuniversity Research and Analysis of Organizations

into action to foster the development of social and economic innovation

CIRANO, in collaboration with the ministère des Finances du Québec, proposes each year an academic competition aimed at finding innovative and rigorous solutions to current public policy issues. Several sectors of activity are challenged by the economic changes that are taking place, and innovation presents a unique opportunity to increase the productivity of the Quebec economy. It's in this context that the theme The Potential of Innovation has been chosen for the 2023 edition of the Budget Policy Challenge.

The CIRANO 2022 Barometer on the Risk perception in Quebec, written by Nathalie De Marcellis-Warin, Ingrid Peignier and Thomas Gleize provides an update on Quebecers' concerns and perceptions of 53 societal issues, such as access to health services and education, climate change, vaccination, data sharing, the public debt, the rising cost of living, real estate and major energy projects.

CIRANO is launching the tenth edition of its book Le Québec économique, which this year focuses on skills and the transformation of the labour market. This theme is a current issue. Although labour market imbalances have been present for a long time, they have been exacerbated by the COVID-19 pandemic. Matching workers' skills to the needs of the labour market is increasingly important for Quebec's economic growth.

The Digital Skills Index (DSI) self-assessment tool is intended for people who want to evaluate their digital skills and practices related to digital culture. Thanks to the partnership between the ESG+ and Croix-Bleue as well as the collaboration with the CIRANO team and the funding from the Ministère de l'Économie et de l'Innovationthat that this tool is available free to everyone !

Learn more about the tool

A network of 285 researchers who contribute to the strategic decision-making of its partners through the production and transfer of high value-added university knowledge.

CIRANO at a Glance

CIRANO - OBVIA Barometer on the acceptability of data sharing in health

The hidden face of the digitalization of international trade: supply chains and logistics

All upcoming events
All past events 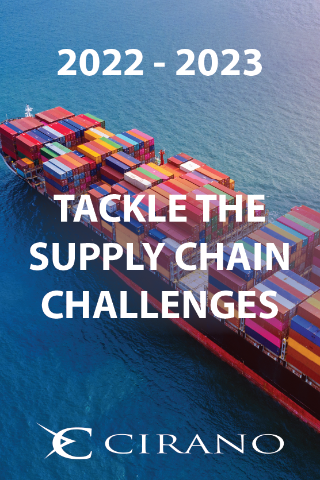 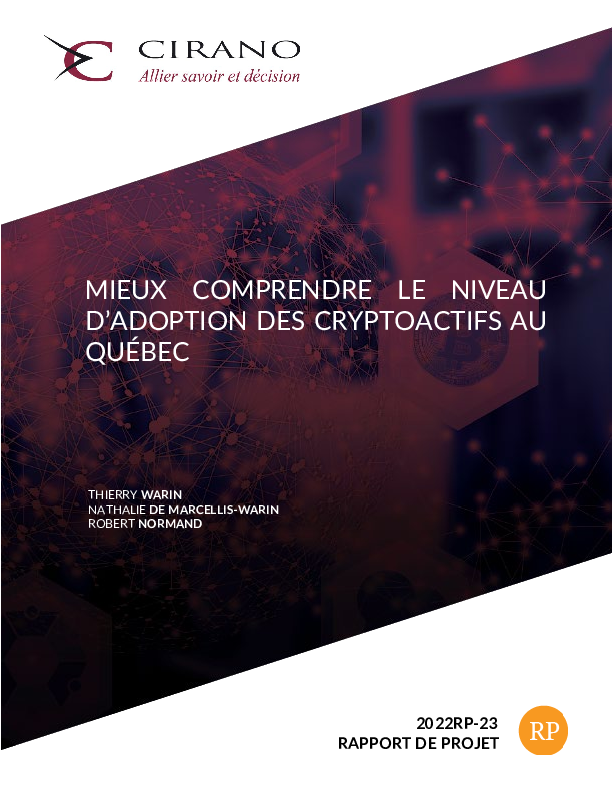 → Summary of results Cryptoassets are growing exponentially within the global economy. Crypto-currencies represent the main component of cryptoassets, the best known of which is Bitcoin. Cryptoactives share many of the features of cryptocurrencies but there is usually a second layer of functionality such as smart contracts. Crypto asset technology certainly presents new opportunities but also risks. In this context, it is important for a regulator to better understand the level of adoption of cryptocurrencies by the population in order to guide information campaigns and warning messages. In this exploratory research project several data acquisition methods were used. A review of surveys from different organizations on the level of knowledge and profile of cryptoasset users in several countries was conducted. For Quebec, specific questions on cryptocurrency knowledge and adoption were added to the 2021 and 2022 CIRANO Barometer surveys that poll the Quebec population on societal issues. To refine the analysis, a sample of investors who own or have owned crypto-currencies, who are members of crypto-currency discussion groups were surveyed. Finally, an algorithmic review showed very clearly an increase in the number of academic publications on the subject, especially associated with the technology. In addition, the topic of cryptocurrencies has been increasingly covered by the mainstream media, which has generated attention and awareness among the population and especially on social networks. Analysis of Twitter conversations showed that the number of tweets, which was stable until December 2020, increased significantly and focused on the change in the price of cryptocurrencies and often with recommendations to buy and sell.

The demand and supply of information about inflation