Nickolas Gagnon, a Ph.D. Candidate in the Department of Economics of Maastricht University (The Netherlands) and a Research Associate at the Economic Science Laboratory of the University of Arizona (United States), presented the highlights of his paper "How Unfair Chances and Gender Discrimination Affect Labor Supply" (co-written with Kristof Bosmans and Arno Riedl).

We investigate the causal impact of unfair chances stemming either from an unspecified source or from gender discrimination on a primary labor decision for workers: their ensuing labor supply at a given wage. We conduct an experiment in which workers individually engage in the same task for a fixed piece-rate wage. Workers are assigned to payment schemes with equal wages or with unequal wages generated through fair chances, unfair chances based on an unspecified source, or gender-discriminatory chances. Relatively low wages resulting from gender-discriminatory chances substantially reduce labor supply compared to equal low wages (-22%). The decrease is twice as large as the ones induced by low wages coming from fair chances and unfair chances based on an unspecified source. For workers with relatively high wages, all schemes generate similar labor supply. Our results highlight a novel supply-side effect of gender discrimination in labor markets. 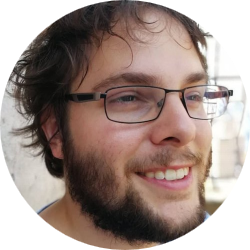 Nickolas Gagnon is a PhD candidate at the Department of Economics of Maastricht University (The Netherlands) and a Research Associate at the Economic Science Laboratory of the University of Arizona (United States). He conducts research with the tools of experimental economics. His research interests are behavioural economics, experimental economics, discrimination, labor markets, income redistribution and social preferences.
[ - ]
[ + ]