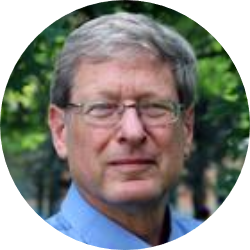 Area(s) of interest
Politics of international monetary and financial relations

A CIRANO Associate Researcher and Fellow since 2012, Jeffry Alan Frieden is Professor of Government at Harvard University.

Holding a Ph.D. from Columbia University , he specializes in the politics of international monetary and financial relations.

Jeffry Alan Frieden is the author of Currency Politics: The Political Economy of Exchange Rate Policy (2015) and of Lost Decades: The Making of America's Debt Crisis and the Long Recovery (2011) (with Menzie Chinn). He is also the author of Global Capitalism: Its Fall and Rise in the Twentieth Century (2006), of Banking on the World: The Politics of American International Finance (1987), of Debt, Development, and Democracy: Modern Political Economy and Latin America, 1965‑1985 (1991), and is the co-author or co-editor of over a dozen other books on related topics. His articles on the politics of international economic issues have appeared in a wide variety of scholarly and general-interest publications.