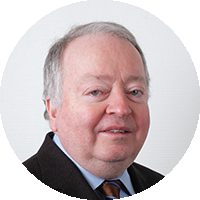 A CIRANO Associate Researcher and Fellow since 1999, Louis Lévy-Garboua is Emeritus Professor at the Pantheon-Sorbonne University Paris 1 and at the Paris School of Economics.

A former student of the École Polytechnique and the National School of Statistics and Economic Administration, Louis-Lévy-Garboua is a Doctor of State in Economics from the Pantheon-Sorbonne University Paris 1 and Associate of Universities in France. His work focuses on behavioral economics and microeconomics.

Louis Lévy-Garboua at first taught microeconomics applied to public policies and social institutions as well as the economy of uncertainty information and behavioral economics. He wrote his main works in the 1970s, including Recherche sur les rendements de l’éducation en France in 1973 and L’aide aux étudiants en France : faits et critique in 1977.

Louis Lévy-Garboua was made a Knight of the National Order of Merit in 1995.

THE IMPACT OF SOCIO-ECONOMIC BACKGROUND ON MOTIVATION AND EDUCATIONAL SUCCESS 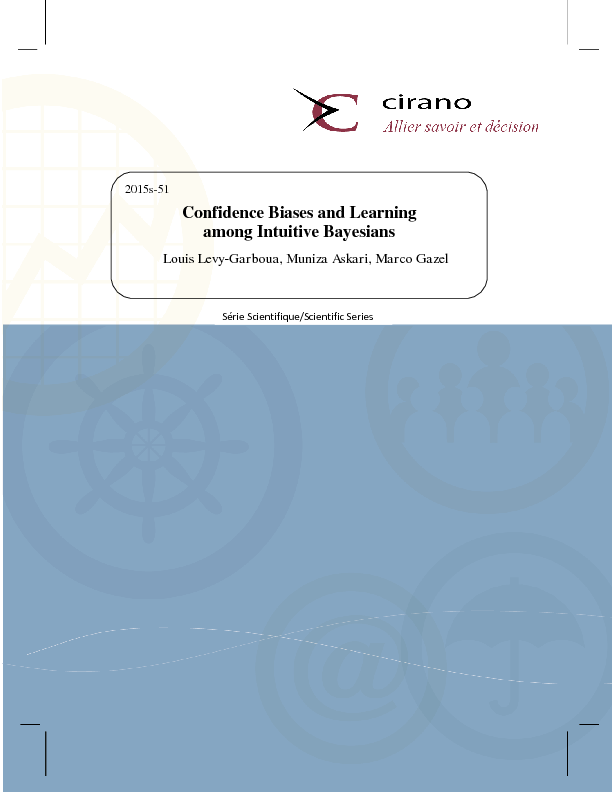 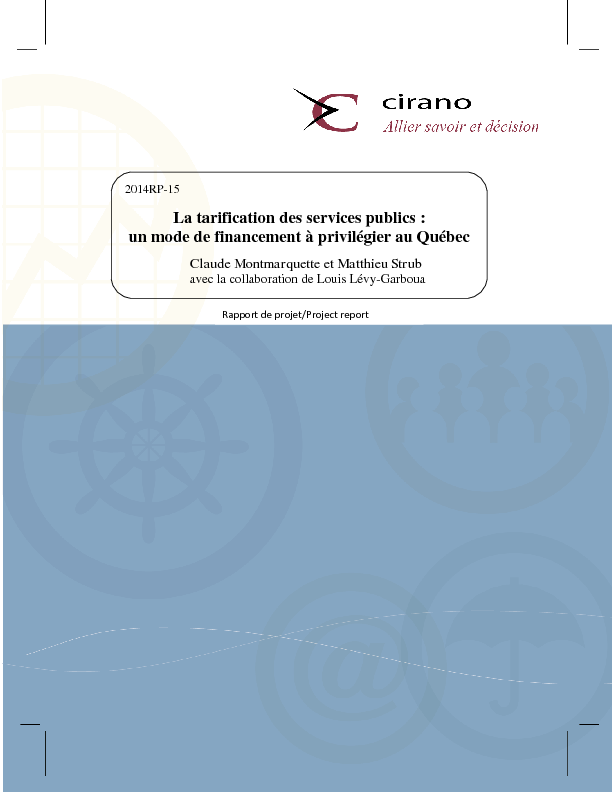 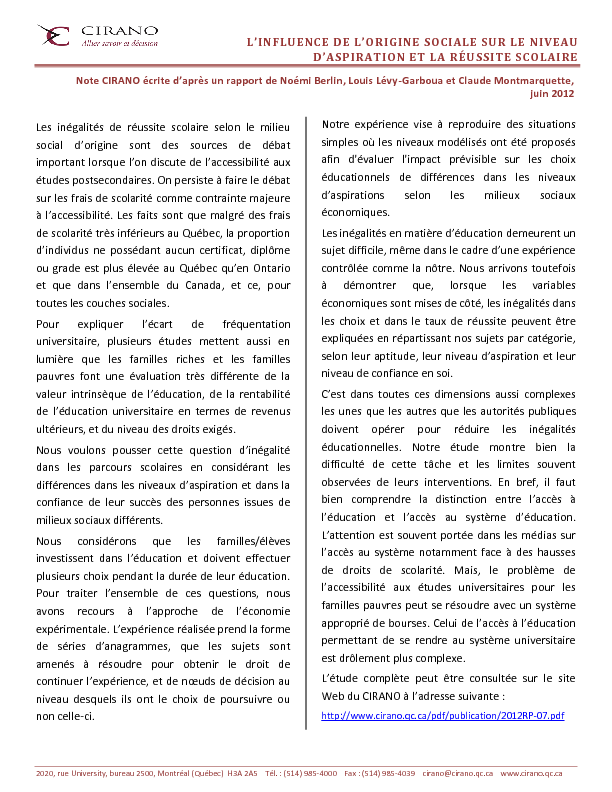 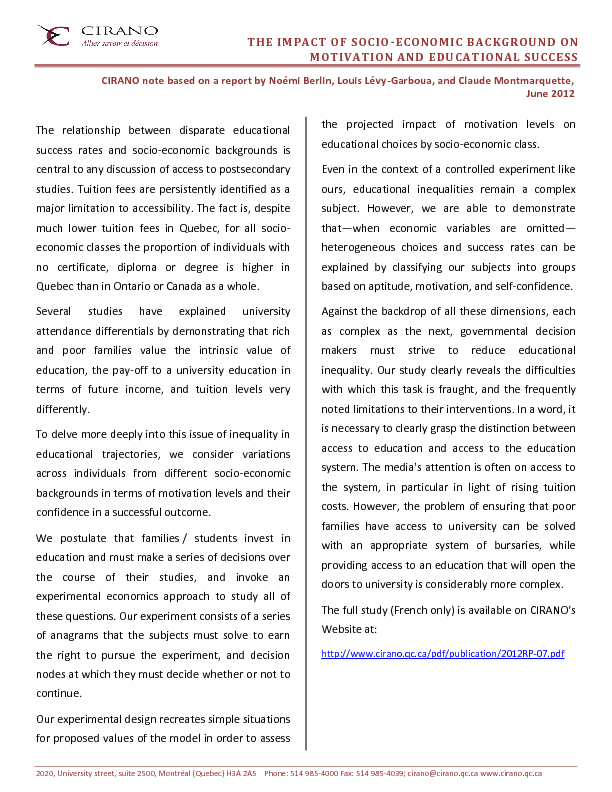 THE IMPACT OF SOCIO-ECONOMIC BACKGROUND ON MOTIVATION AND EDUCATIONAL SUCCESS 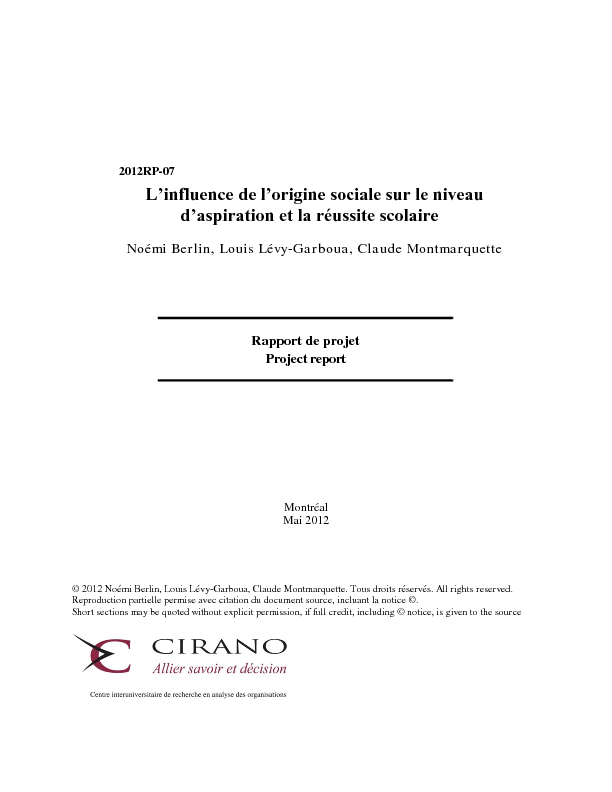