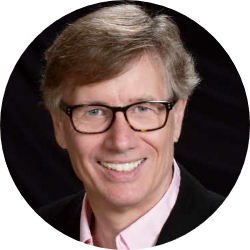 A CIRANO Associate Researcher and Fellow since 1998, William Bentley MacLeod is Sami Mnaymneh Professor of Economics, Professor of International and Public Affairs, and an affiliated Law Faculty at Columbia University.

Holding a Ph.D. in Economics from the the University of British Columbia, he is a specialist in law, labour and contract economics, with a focus on how incentives are designed to take into account the complex interplay between reputation effects, market competition, and social norms. Current projects include incentives and school choice, the economics of contract and tort law, the economics of performance pay, and the economics of physician diagnostic choice.

He is the recipient of the 2002 H. Gregg Lewis prize awarded by the Society of Labor Economists for his article, "Worker Cooperation and the Ratchet" (with H. Lorne Carmichael).

Job Characteristics and the Form of Compensation 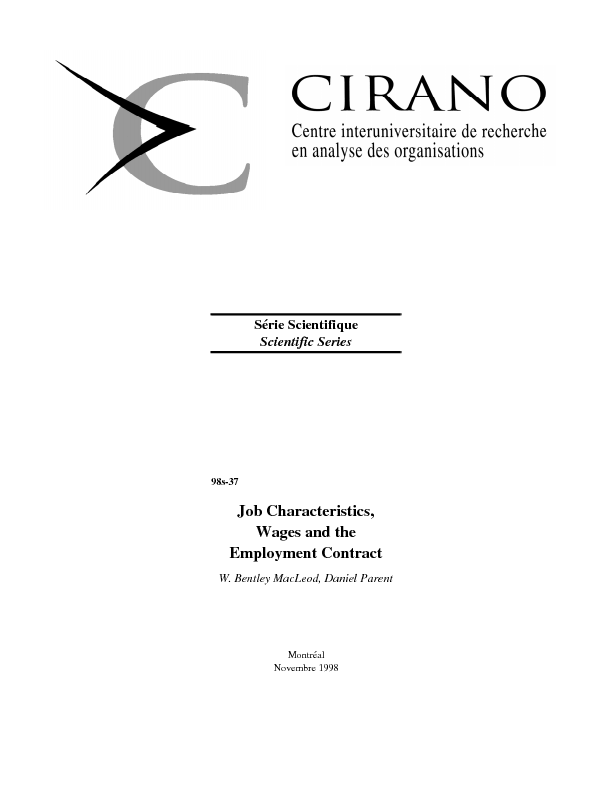 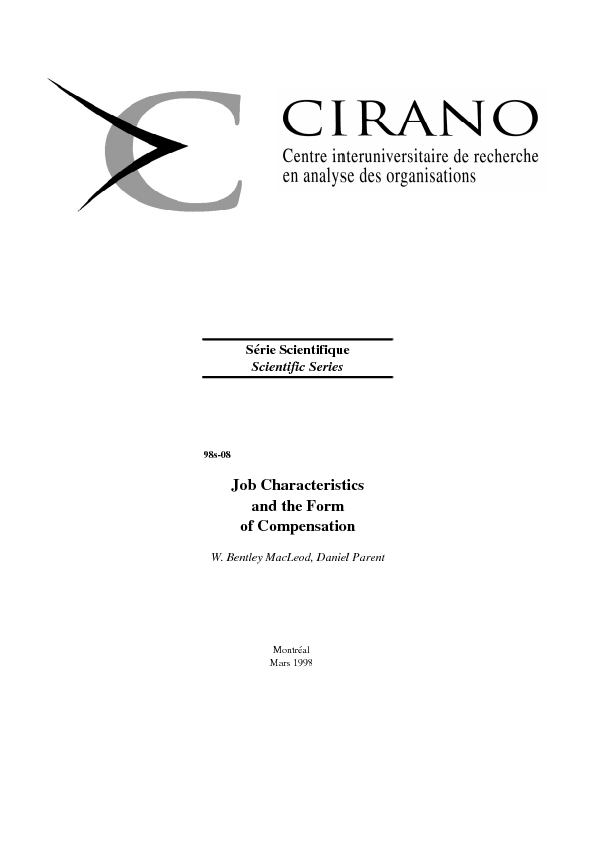 Job Characteristics and the Form of Compensation