Central banks have traditionally been very discreet and always tried to avoid the limelight. In most situations, they worked in the background, using governments or the banking system resources to guide economic forces away from excesses onto the path of reasonable growth and, in worse case scenarios, to solve economic crises.

Central bank actions are now front page material for daily newspapers. Janet Yellen, Chairman of the US Federal Reserve and Mario Draghi Chairman of the European Central Bank are considered among the most powerful persons in the world and treated by the press as celebrities.

When the Chairman of the Fed hints that she might be considering a slight rise in interest rates, markets collapse around the world, there is talk of asphyxiating a fragile recovery and triggering a world recession with political consequences.

The recent Eurozone crisis is an even more remarkable example. As political leaders were meeting endlessly in Brussels to try and find a solution to Greece financial default, all eyes turned on the ECB and its Chairman Mario Draghi.

The world was watching a reluctant Mario Draghi who had the power to undo with one decision, the European project that took visionary politicians over 50 years to build compromise by compromise and brought peace and prosperity to a continent devastated by successive wars.

Interestingly, the ECB waited for political decisions to be taken and aligned its position with Brussels will to keep Greece in the Eurozone. In the circumstances, it probably was the wisest decision but it also raises important questions:

How have Central Banks become so powerful? Are they still independent or have they become a political instrument?

One thing is certain: the role of Central Banks has been transformed since the start of the financial crisis. 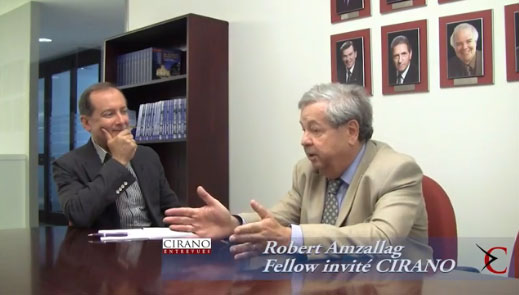 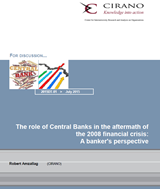 
Robert Amzallag is an international banker who had a long and successful career in some of the most important financial centers in the world. He is currently an invited fellow at CIRANO.

Past Web Events on the Financial Crisis