From one crisis to another: a banker’s perspective

In this interview with Project Director Lawrence Allaire, he focuses on the shortcomings of the government responses that were intended to pull the American and European economies out of the current economic downturn. On his view: ``Governments did not appreciate properly the magnitude and complexity of the situation and the forces at play.

Instead of bringing together all the players to try and find an unbiased long-term solution to the crisis, they decided to resolve the crisis practically on their own by applying recipes that worked in the past but were not adapted to the new situation. Their attempt has been, so far, unsuccessful.``

This text is the fourth in a series on the crisis as viewed from the perspective of a banker. The three others are available on this site.

We have also updated the crisis Timeline until December 2011.

From one crisis to another : a banker's perspective

Other publications about the crisis 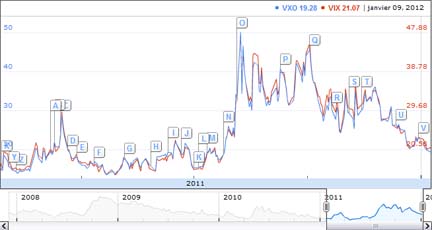