It is with great pleasure that we announce the appointment of Roxane Borgès Da Silva (Université de Montréal), Jean-Denis Garon (UQAM) and Pierre-Carl Michaud (HEC Montréal) as Vice-presidents of CIRANO for a two-year term. These three appointments consolidate CIRANO's management team and will accompany the President and CEO in various mandates. The appointments are effective since November 1, 2020. 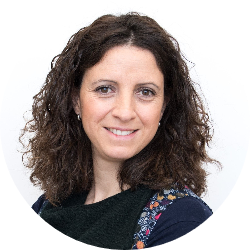 Roxane Borgès Da Silva is Associate Professor at the École de santé publique de l'Université de Montréal, Main Researcher of the theme Demography and Health and responsible of the CIRANO Pole on the Efficiency of Health Services and Policies. Holding a Ph.D. in Health Administration from the Université de Montréal, her research interests focus on the analysis and evaluation of health service organization and the development of performance and quality indicators.

In her role as Vice President, Roxane Borgès Da Silva will be in charge of CIRANO's research funding process, particularly in the context of our research partnership with the Quebec government. Several calls for research projects are made each year and meetings between researchers and representatives of different ministries are organized. She will also liaise with CIRANO's scientific committee. 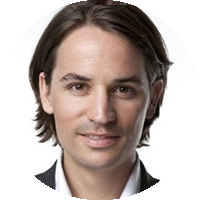 Jean-Denis Garon is Professor in the Department of Economics at the École des sciences de la gestion of the Université du Québec à Montréal and Main Researcher of the theme Economic and Fiscal Policy at CIRANO. Holding a Ph.D. in Economics from Queen's University, his teaching and research focus on public economics, fiscal federalism, public finances and applied microeconomics.

In his role as Vice President, Jean-Denis Garon will be in charge of knowledge transfer processes with our partners, and more specifically with government partners. This mandate confirms CIRANO's commitment to quickly and effectively communicate our research results to government authorities in order to maximize their impact for society. He will also continue our efforts to transfer and valorize knowledge to the broader scientific community, notably as publisher of the Insights series of publications. 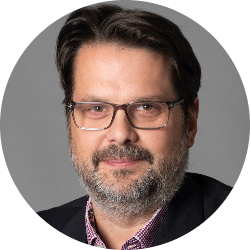 Pierre-Carl Michaud is Full Professor in the Department of Applied Economics at HEC Montréal and Main Researcher of the theme Demography and Health at CIRANO. He is also co-holder of the Research Chair in Intergenerational Economics and Director of the Retirement and Savings Institute at HEC Montréal. Holding a Ph.D. in Economics from CentER, Tilburg University, his research aims to understand specific behaviours over the life cycle, including those related to savings, insurance and pension plans, as well as investments in health and the economic consequences of demographic change.

In his role as Vice President, Pierre-Carl Michaud will have a strategic advisory role in monitoring government relations. He will also liaise with other centers, chairs and government-funded organizations.