In memory of André Bisson 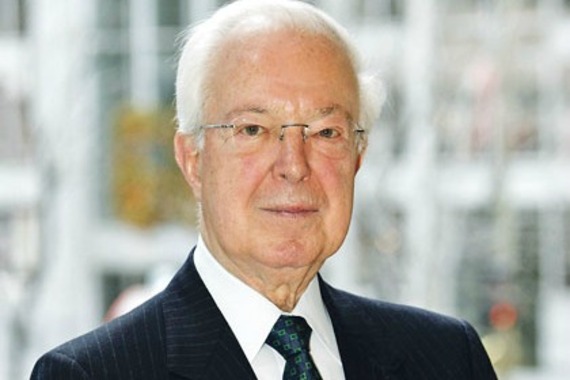 It is with deep sadness that we have learned the passing of Mr. André Bisson on Monday, November 25, 2019.

André Bisson was Chairman of the Board of Directors of CIRANO between 2002 and 2012. He was since then President Emeritus.

Mr. André Bisson received his Master of Business Administration from Harvard University and was Professor in the Faculty of Business Administration at Université Laval before embarking on a successful career in the business community. Mr. Bisson was Vice-President and General Manager (Quebec) of the Bank of Nova Scotia from 1971 to 1987. He has served on some 40 boards of directors, including those of the Université de Montréal (1979 to 2003), INSEAD (1978 to 1998), Hôpital Notre-Dame (1977 to 1996), AXA Canada (1990 to 2000), Power Financial (1986 to 2000). André Bisson has received many honours over the course of his career. He was an Officer of the Order of Canada and received an honorary doctorate from the Université du Québec and the Université de Montréal.

André Bisson contributed to building CIRANO, in particular by supporting us in developing relationships with our partners. He had at heart our mission of research, liaison and transfer.

All these years he has remained a great friend of CIRANO. He continued to call regularly to hear from CIRANO researchers and partners. It was always a great pleasure to be able to talk to him. He honoured us with his presence at the launch of CIRANO's 25th anniversary activities at the McCord Museum. He wanted to be there and he was very proud! We were very happy with his presence.

We invite you to reread an interview published in the Journal Les Affaires.

We will all remember him as a distinguished man.

Our most sincere thoughts go out to his family and friends.

In memory of Claude Castonguay