Virtual meeting of the 2020 Cohort of Avant-Garde@CIRANO

Event organized in collaboration with

In collaboration with the International Observatory on the Societal Impacts of Artificial Intelligence and Digital Technologies and the Institute for Data Valorization (IVADO).

The Avant-Garde initiative aims to create a privileged place for interdisciplinary exchanges and the development of a network of people under 45 with leadership potential. 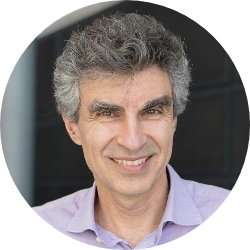 Yoshua Bengio is a Canadian researcher specializing in artificial intelligence, and a pioneer in deep learning. He was born in France in 1964, studied in Montreal, obtained his Ph.D. in Computer Science from McGill University in 1991, and completed post-doctoral studies at MIT.

His research on AI earned him the Urgel-Archambault Prize in 2009, followed in 2017 by the Marie-Victorin Prize, and in 2019 by the Killam Prize and the A.M. Turing Award. He is Co-director of the CIFAR Learning in Machines & Brains Program. His main research ambition is to understand the principles of learning that yield intelligence.

He supervises a large group of graduate students and post-doctoral fellows. Dr. Bengio’s research is widely cited (over 220,000 citations found by Google Scholar in October 2019, with an H-index over 149, and rising fast). 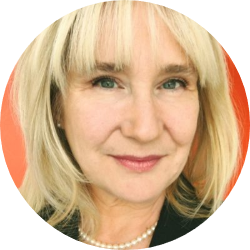 Valentine Goddard is a lawyer and a leading expert on the ethical and social implications of artificial intelligence (AI). She is also the founder and executive director of AI Impact Alliance. She founded and is the chief architect of AI on a Social Mission, AI Impact Alliance’s flagship yearly conference. Since 2017, her organization facilitates workshops aimed at supporting an inclusive dialogue on issues related to the social implementation and governance of AI. She is also regularly invited to speak at various conferences on AI’s ethical and social impact.

She is a member of the United Nation’s Expert Group on the Role of Public Institutions on the Impact of New Technology, IEEE’s Ethic Certification Program for Autonomous and Intelligent Systems (ECPAIS) and a founding member of the International Observatory on the Ethical and Societal Impacts of AI and Digital (OAISAID).

Over the course of her career, as a jurist and certified mediator, she has practiced refugee, labour, social and administrative law in addition to lobbying for a better access to justice.  She has taught comparative law in Japan and initiated cultural mediation projects aimed at human rights education. As a visual artist, she has explored themes of transparency in her painting, photography and analog film. In short, human dignity is at the heart of her multidisciplinary approach to nurturing the development of AI for Social Good.