This conference by Michele Gazzola (Ulster University and University of Ottawa) was co-organized with the Observatoire de la Francophonie économique of the Université de Montréal.

The language policy of international organizations can have different allocative and distributive effects that must be evaluated. The choice of the official languages of a patent office, for example, may create inequalities between the costs incurred by inventors in accessing intellectual property protection; translation policy may affect the distribution and dissemination of patent information among inventors; finally, language policy can influence the results of innovations and the international competitiveness of companies. Despite this, the role of multilingualism in IP protection policies has remained relatively unexplored in the literature and few systematic attempts have been made to characterize (let alone evaluate) the language policies of IP organizations such as: having the ability to affect the efficiency of innovation processes and generate winners and losers.

This presentation addressed the allocative and distributive effects of language policy in intellectual property organizations in general, then examined the case of the World Intellectual Property Organization (WIPO), which is part of the United Nations system, and of the European Patent Office (EPO). Both organizations provide an appropriate context for comparative analyzes. The Patent Cooperation Treaty (PCT), administered by WIPO, has ten official languages (or "languages of publication"), namely German, English, Arabic, Chinese, Korean , Spanish, French, Japanese, Portuguese, and Russian. The language regime of the EPO includes only three official languages, namely English, French and German. A comparison between different language policies shows under what conditions more multilingualism can be both more profitable and more equitable than monolingualism. 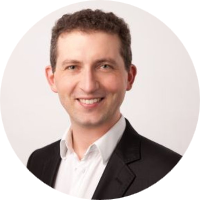 Michele Gazzola is Lecturer in Public Policy and Administration at the School of Applied Social and Policy Sciences at Ulster University, UK. He is currently Visiting Research Fellow at the Chair of Research on Francophonie and Public Policy at the University of Ottawa with the support of DAAD (German Office for Academic Exchange). After studying economics and public policy at Università L. Bocconi in Milan and at the University of York, he obtained his doctorate in multilingual communication management at the University of Geneva. He has worked at the Humboldt-University Berlin, Leipzig Universität, Università della Svizzera Italiana (Lugano) and at the Institute of Ethnic Studies in Ljubljana. His areas of research include language policies, language economics, public policy analysis and multilingualism as a social phenomenon. He has received advisory mandates from, among others, the European Parliament and the Swiss Confederation. He is co-editor of Language Problems & Language Planning.