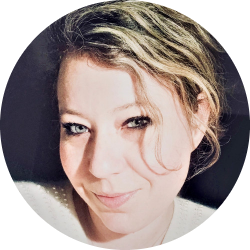 Ève-Lyne Comtois-Dinel is a research professional at CIRANO. CIRANO is a partner of the Observatoire international sur les impacts sociétaux de l’intelligence artificielle (IA) et du numérique (OBVIA). Launched in 2018, and made possible thanks to the support of the Fonds de recherche du Québec, OBVIA aims to maximize the positive benefits of AI and digital and minimize its negative effects. OBVIA identifies trends and their impacts by conducting technological and strategic monitoring.

The Observatory aims to improve the epistemic quality of its analyses through deliberation, but also by perpetuating the process initiated as part of the project to draft the Montreal Declaration on the Responsible Development of AI. OBVIA makes recommendations on public policy frameworks by adopting an agile governance structure that will promote inclusion in its projects, while protecting the independence of researchers and their work. OBVIA aims to distinguish itself internationally by the quality of its research, its ability to bring together a variety of expertise and its ability to encourage collaboration from all parties concerned by the challenges posed by the development of AI and digital technology. Based on 4 interdependent functions, including intersectoral and interdisciplinary research and creative activities, OBVIA also works on eight priority themes.

In 2015, Ève-Lyne began a doctorate in sociology at the Université du Québec à Montréal (UQAM). She joined the research services of the team at the École des sciences de l'administration de la TÉLUQ in the same year.

As part of this team, she had the opportunity, along with leaders of the DNA committee - representing academics, political decision-makers, including the Mayor, members of civil society, and private stakeholders - to act on the research committee for the creation of the Indice Je fais Mtl in 2016, on behalf of the City of Montreal. In 2018, she completed a 4-month internship at the Global Science Forum in the Science, Technology and Innovation Directorate at the Organisation for Economic Co-operation and Development (OECD) in Paris, where she had the opportunity to participate in the Wellcome Trust's "Designing Indicators for Open Science Performance" workshop in London with the Bill & Melinda Gates Foundation. She was also a freelance researcher for a consulting firm specializing in economic development strategies and organizational coaching until February 2019.

She holds a Master of Laws (LL.M.) from the Faculty of Law of the Université de Montréal, where she was affiliated with the Centre de recherche en droit public, and a multidisciplinary bachelor's degree in International Studies (B.Sc.) from the Université de Montréal and Science Po Grenoble, with a major in Political Economy.
[ - ]
[ + ]
University
Research Professional