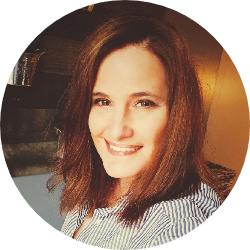 Marina is affiliated with several research centers including: CIRANO and MOSAIC-HEC, she is also Vice President Research at the International Center for Innovation and Economic Development (CRIIDE).

Marina Frangioni began her career almost 20 years ago as a consultant to major companies in the aeronautics sector in France. In 1998, she pursued her career in Quebec, first in the Quebec government on the international scene for the information technology sector, then in the private sector with the development of the first industrial cluster in Quebec: InVivo.

In 2002, she continued her career in Toronto, where she created her consulting group and will be an economic development consultant for several organizations. In 2004, Marina Frangioni is recruited by the City of Montreal and will take care of several special projects including, more specifically, the Montreal Technopole, which aims to develop scientific and technological entrepreneurship in Montreal and the creation of a new socio-economic development index in Montreal. part of the I'm doing MTL initiative. She will also manage the pipeline file for the City.